Willie Frances Johnson, a 100-year-old American Legion Auxiliary member of Atlanta, has seen and experienced a lot: the good, the bad — and everything in between — that life throws at a person. 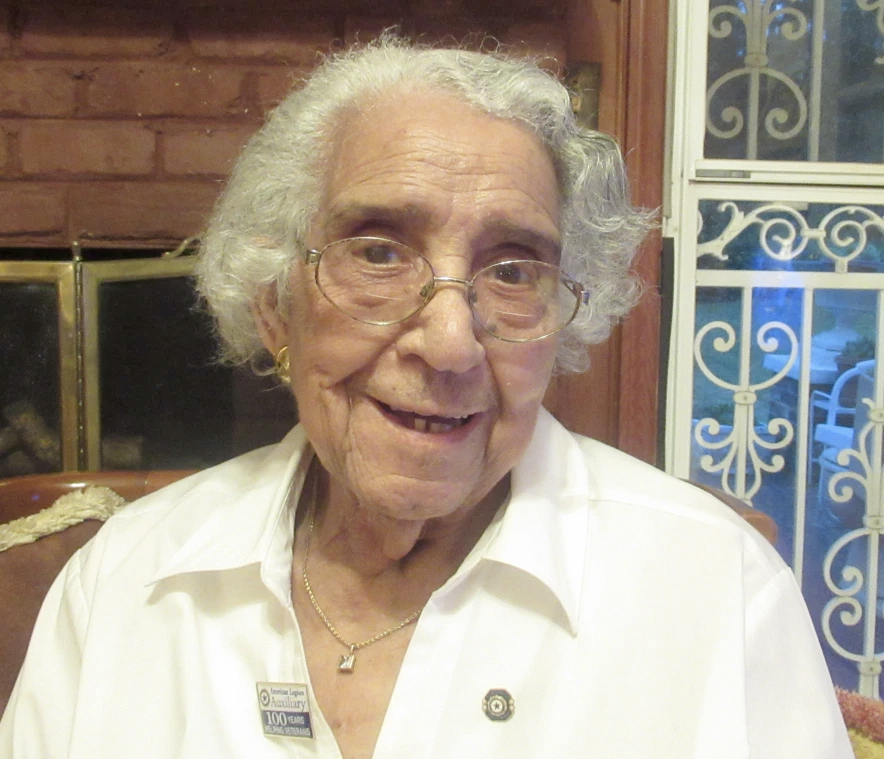 American Legion Auxiliary member Willie Frances Johnson of Atlanta. Johnson is a Paid Up For Life member of ALA Unit 583 in Eatonton, Ga. Photo by ALA member Vernel Warren.

She lost both of her parents when she was very young. Johnson’s father died when she was a baby, and her mother died when Johnson was 5 years old. She found parental care in her oldest brother and his wife, who raised Johnson as if she were their child. “They were good to me, and I’m so grateful to them,” she said.

As an adult, Johnson experienced more losses, including the death of her husband, World War II Army veteran Evans Johnson. And for more than 60 years, she had fallen out of touch with her nephew, American Legion member Bennie Wesley Warren Jr., an Army veteran who served in WWII and the Korean War.

Johnson was reunited with her nephew — and found her way to The American Legion Family in the process. Overjoyed by the reunion with Johnson in spring 2006, Warren and his wife, Vernel, gifted Johnson with a Paid Up For Life ALA membership. Johnson and Vernel Warren are members of ALA Unit 583 of Eatonton, Ga.

Johnson, who also had a brother and a cousin who served in the Army during WWII, said she values her ALA membership and her place in the Legion Family:

“I enjoyed going to the meetings, and I enjoy the people I met through the Auxiliary. They are so friendly. And, I appreciate everybody helping the veterans and the families and all because many of the veterans left behind in this world have suffered a lot while they were in the service.”

Her beloved nephew Bennie died in 2010. Add to that the medical problems with her knee, which have rendered her unable to leave her home much. Johnson’s doctors are reluctant to perform knee replacement surgery on her.

But the gift Bennie and Vernel gave her, a PUFL membership that brought her into The American Legion Family, remains. Johnson keeps in touch with her Auxiliary unit and Legion Family. In that, and the numerous relatives in her life, Johnson finds great comfort — come what may … the good, the bad, and everything in between.