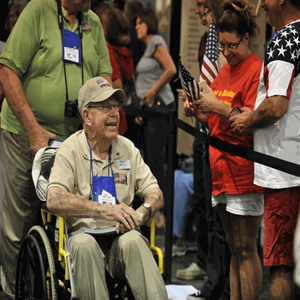 What do you really think of the average American? That was the question posed in a recent survey conducted by the Pew Research Center. And here’s what Americans thought of other Americans based on those findings: We’re a patriotic bunch and we’re honest. However, those same people also said that Americans are pretty selfish.

In light of those findings, it’s a good idea to remember the power that one person with one idea can have in a community. You don’t necessarily have to go out and invest thousands of hours or money to make a difference.

Carlene Ashworth, past national president of the American Legion Auxiliary, the world’s largest women’s patriotic service organization, had this to say about some examples that demonstrate the power of one:

One thought, one word, one smile, one action, one idea can launch a transformation. Use your power as one individual to make a difference in someone’s life. Reach out and take action today.