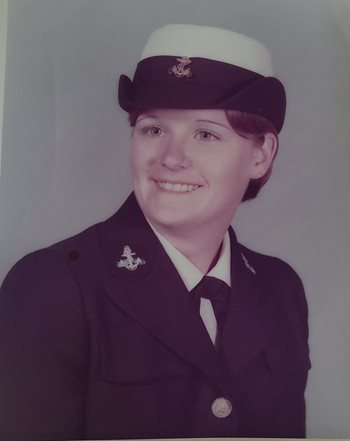 Having a day set aside each year, National Vietnam War Veterans Day, to honor her and fellow veterans means a lot to Jarvis. This year, it falls on March 29.

“I don’t think I really realized it until recently,” she said about the special day.

According to The American Legion’s website, National Vietnam War Veterans Day is a time to pay special tribute to the 9 million Americans who served during the Vietnam War era, to the 58,000 names memorialized on the Vietnam Veterans Memorial in Washington, D.C., and to those who never received the recognition they deserved when they returned to America from war.

Jarvis comes from a military family — her father served for 30 years during World War II, Korea, and Vietnam, and her husband served for 32 years.

She joined the Navy right after high school.

“I was kind of like, ‘I don’t like living in this town anymore’ — that’s when I went to my parents and said I wanted to join the military,” she said. “My mom was excited, I was so scared to do it, and Dad said, ‘Please don’t go Army,’ so I went Navy.”

Jarvis attended bootcamp and Radioman “A” School and was sent to her first duty station in Naha, Okinawa, Japan.

There were only two other women on base when she arrived. She came with two others, making a total of only five active-duty female personnel. They were vastly outnumbered by their male counterparts.

“It was quite an eye-opening experience,” Jarvis recalled. “It was very odd — we stepped into an all-man’s world. There were some challenges, but I was able to survive.”

By the time she left, the radio center was mostly female.

During her duty station, she would get messages off the printer and get them dispersed to the right place. Much of it came from Washington, D.C., and other commands about news from around the world.

“I did a lot of typing,” she laughed. “The routing had to be perfect, and it had to go to the right place.”

While serving, Jarvis held top secret clearance. From time to time, she had highly classified items come across her desk where she was the only one qualified to read the message.

For Jarvis, coming home as a Vietnam War era veteran was a positive experience, she recalled.

“I enjoyed my time in; I really did. I never experienced anything mean or nasty as far as being a Vietnam era veteran.” 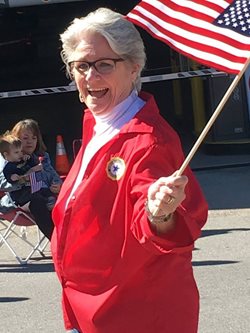 Jarvis said she wants people to know that being a veteran of that time period is “just as honorable as any other era veteran. That was the country’s issue, not really the military.”

In addition to her service to our country, Jarvis’ dual membership means quite a bit to her.

“I was proud and honored to serve my country in my father’s and husband’s footsteps,” she said. “I am equally proud to continue my service of veterans by being a dual member of The American Legion and American Legion Auxiliary.”