Focus on the mission, not the candidate 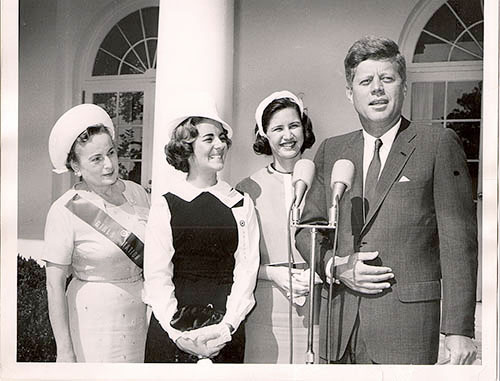 How your political comments can affect membership growth

A Mission Matters guest column contributed by Marri Krupco, department vice commander, The American Legion Department of Kansas, and ALA member of Unit 0279

With elections coming up in a couple of months, let’s touch on a topic that relates to membership, but not directly. I’m sure most of you are aware that The American Legion is a nonpartisan organization, meaning we do not side with a political party or take a stand on anything political that is not related to one of our four pillars. We also do not endorse candidates for government offices; however, we do pay attention to which politicians are supportive of our causes. The American Legion Auxiliary, as part of the Legion Family, also stands by this nonpartisanship.

With that being said, members need to be more conscientious of what we post on social media, the emails we send, and the words we speak. I’m not saying we shouldn’t have an opinion; what I am saying is we do need to be able to recognize when it isn’t appropriate to share those opinions. At no point ever will all of us agree on everything, but we all can still work toward common goals.

An example of how this can affect membership

You’re wearing your favorite pro-so-and-so hat and approach someone wearing a U.S. Army shirt and strike up a conversation. You tell them you belong to the local American Legion organization and invite them to come to an event happening over the weekend. They say something about your hat, and you proceed to rant about how much you love so-and-so and how horrible a person their opponent is. As it turns out, this Army veteran actually likes the opponent. They don’t tell you that because they just spent the last 10 minutes listening to you tell them how terrible their candidate is, and subsequently they don’t ever come by the post to an event. They never become a member because they’ve been left with the wrong impression of what The American Legion Family is all about.

Be cautious of what you post on social media

More than likely, people aren’t going to do their political research on social media. Therefore, that is not the forum to share that kind of information. This is especially important if you have a considerable following on social media that places you a representative of The American Legion Family. You don’t want to accidentally give the impression that what you share is the stance of our organizations. Trust me: Even if you comment that it’s your personal opinion, and not that of our Legion Family organizations, they won’t notice the comment. You can send this kind of thing in a private message to people who know you and trust your opinion.

Be respectful while representing The American Legion Family

If you are wearing anything that shows The American Legion, the emblem, or even something with another American Legion Family name or emblem on it, then you are representing those organizations. Please be careful what you say, as again you could inadvertently make an eligible member feel uncomfortable or turned off about joining.

Be watchful of your attire when attending Legion Family events

Last, if you are wearing that pro-so-and-so hat or shirt, tread lightly when talking to potential new members, or even current members for that matter. If you are able, I recommend removing your hat or changing that shirt before starting the conversation. If you can’t change your shirt and you’re asked about it, don’t make a big deal. Simply state that “it’s just a shirt.” Do not get into a political conversation with a new member or one you don’t know personally, as this can cause the person to misunderstand the aims and purposes of our American Legion Family organizations.

This article was originally published in the August 2020 Auxiliary magazine.