Q&A with the first African-American woman to be promoted to captain in the U.S. Coast Guard 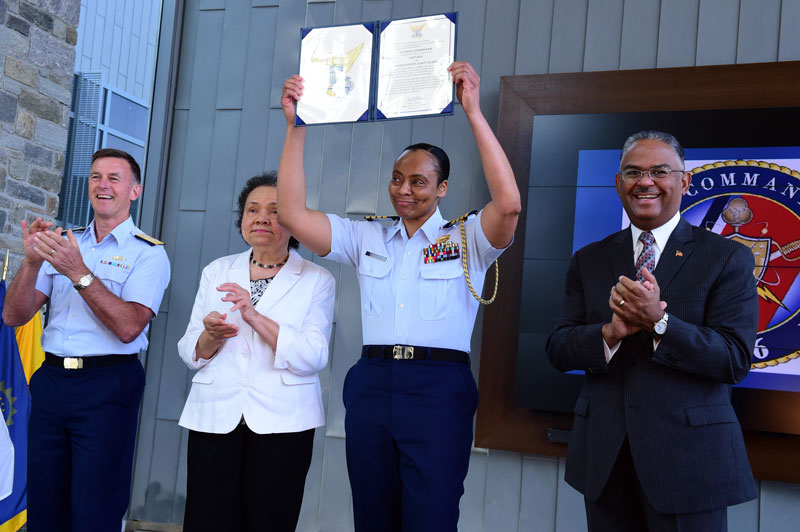 Lucinda Cunningham, 51, made history when she became the first African-American woman to be promoted to the rank of captain in the U.S. Coast Guard. Ask her what led to her promotion and she’ll say it is all thanks to the support and encouragement she has received throughout her career. What she won’t say is that it is also her work ethic, humility, and commitment to service that led to her becoming the highest-ranking African-American female officer in the Coast Guard.

What does it take to reach that position? Every step I’ve taken in the Coast Guard has been because of the support and encouragement of the people around me. That support structure is what led to my success. All of those mentors helped me to grow. And I need to keep growing, and I hope to pull others up with me. I am incredibly humbled, and I am taking this milestone really seriously. I am very thankful and very proud to be in the Coast Guard.

What led you to join the military? I was attracted to the humanitarian mission of the Coast Guard. I have always wanted to help people – that’s where I get the most satisfaction. The Coast Guard allowed me to do that.

Where has your career in the Coast Guard taken you? I was able to build my skills as an electronics technician at my first unit, Cutter Legare. I was petty officer third class at the time, but when command found out I had two degrees, they encouraged me to apply for Officer Candidate School (OCS). I was accepted, and after I graduated, I was the first female officer to lead the Coast Guard’s Honor Guard.

My next tour on the Cutter Buttonwood was more difficult. However, things worked out, and I went to graduate school and served as executive officer at an electronic support system in Boston. After that, I was selected as the executive assistant to the admiral who serves as the assistant commandant for command, control, communications, computers, and information technology. I am now commanding officer of Base New Orleans.

What advice do you have for others assuming leadership roles? Continue to work hard, persevere, and show people that you are committed and loyal. Utilize your ideas to get things done, and don’t feel that you have to do them the conventional way if you have a better idea.

What has your overall experience been like as a woman in the military?
During my assignments I was one of very few women and sometimes I was the only African-American woman. I didn’t mind but it was noticeable. Although I didn’t get the same welcome in the field that I did in boot camp, I learned that if I worked hard people would respect and help me.