Remembering our POW/MIAs Part 6 of 8 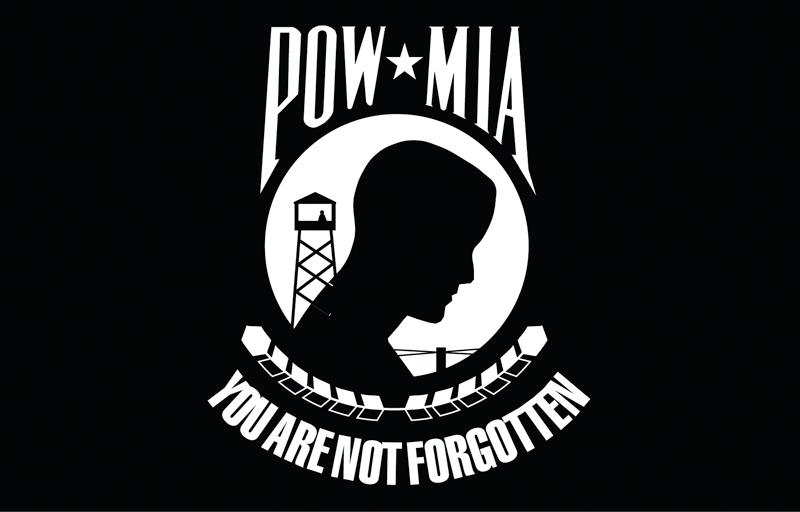 This series is an adaptation of an article that originally appeared in the August 2015 American Legion Auxiliary Magazine. Look for the remaining parts of this blog series in the days and weeks ahead. Please remember: More than 83,000 servicemembers are still classified as either prisoners of war (POWs) or missing in action (MIA).

Ways to show respect to troops who never made it home

Members of The American Legion Family have made it a legacy to honor those who sacrificed their lives for our country, but were never returned home for a proper burial.

In addition to attending memorial services, members also follow a tradition that was formally adopted in 1985 during the 67th American Legion National Convention. It was then that attendees adopted Resolution 288 which calls for designating a Prisoner Of War/Missing In Action (POW/MIA) Empty Chair at all official meetings of The American Legion as a symbol of the thousands of American POW/MIAs still unaccounted for from all wars and conflicts involving the United States.

Auxiliary member Laura Mosby, who regularly attends a memorial service at her hometown’s cemetery, said every gesture — no matter how small — can make a difference. Whether it’s wearing a shirt, a poppy, or a POW/MIA ribbon, it can help tremendously to support the memory of troops who never made it home.

For more information about the Department of Defense’s efforts to account for Americans who went missing while serving our country, visit www.dpaa.mil or call (703) 699-1420. You also can order a POW/MIA Ceremony Table Kit, which includes a silk rose, a white tablecloth, a battery-operated candle, and ceremony instructions, at emblem.legion.org.