It has been shown time and time again at veterans art therapy programs across the country that art has a unique way of calming the mind and lightening emotional wounds.

For veterans experiencing mental illness, art can lead to increased self-expression and healing.

Whether their talent lies in rapping, writing, or dancing, every veteran who attends the National Veterans Creative Arts Festival is deeply impacted by the support of the American Legion Auxiliary community, the camaraderie of their fellow veterans, and the therapeutic effect of art. 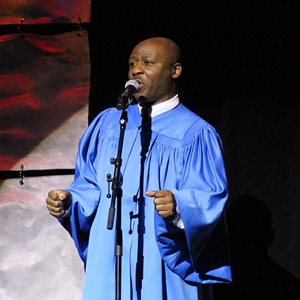 Though music had been a part of his life since age 15, sharing his talent of rapping on a stage in front of fellow veterans was a tremendous honor. But more than anything, Matt was surprised by the dedication of the volunteers who worked the national Festival.

“This is way more amazing than I ever thought it would be,” Matt said.

“I knew there was a ‘why’ for this Festival; I began to search and talk to different people, like the volunteers from the American Legion Auxiliary, to figure out why they are so dedicated to this program. Everybody is so nice and so helpful, and people donate to make this happen and I’m just so fascinated by why.”

Steve Banko experienced hardships during his service in Vietnam that few people will ever go through. He was shot four times during his first deployment. 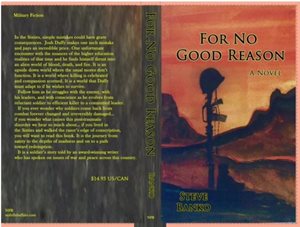 After a second deployment, and years of self-medicating with alcohol, Steve turned to writing as a form of therapy. In 2019, his writing was showcased at the National Veterans Creative Arts Festival. While there, Steve met and connected with people from all over the country — people he would have never had a chance to interact with in his everyday life.

“We had a kind of shared experience, and I got to see that you’re not alone. Veterans may be a minority in this country, but we do not have to be solitary,” Steve said.

Dr. Vaneada “Vee” Harvey was the first African American forward-deployed satellite commander in the United States Army, where she served for over 20 years. 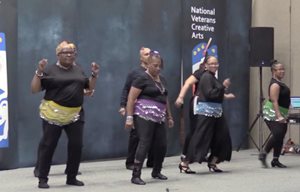 But her return to civilian life was a massive challenge, as she worked hard to overcome the physical and emotional wounds she had been left with. And in a veteran health system that catered to men, she was often left frustrated.

She found a female veteran group in her community, and she and some of the other women found their purpose again through dance.

“It makes me feel like I’m outside of myself and that I don’t have to worry about anything but that next step,” Vee said.

“As veterans, we give up so much of ourselves, and being able to express ourselves creatively helps us get back in balance. Many times, it can be a lifesaver.”


This week, veterans from all over the country will experience the National Veterans Creative Arts Festival in Bay Pines, Fla. They will participate in community-building workshops, showcase their talents on stage, and celebrate their many achievements in the arts.

You can support these heroes during this life-changing week by making a gift to the American Legion Auxiliary Foundation Veterans Creative Arts Festival fund today.