The importance of reviewing your governing documents

Many departments have taken actions to update their governing documents and catch up after missing 2020 conventions.

Understandably, we have all been focused on making provisions for operating in emergencies as a result of the COVID-19 pandemic, but let’s not forget about business that was put on hold during the pandemic.

Remember The American Legion’s mandated eligibility changes that occurred at the 2019 National Convention (1: “wives” to “spouses” and 2: Legion eligibility for veterans extended to all service since World War II)? Unless you have a provision in your bylaws that automatically amends them to be consistent with the national bylaws, your unit or department has to vote the changes into your governing documents. Does that surprise you? 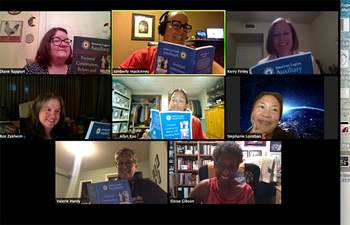 When it comes to governing documents, the national organization does not require departments to submit their governing documents for approval or even review. That would be an overreach of its authority over an independent affiliate.

Carrying that concept forward, a department or district should not require units to submit their C&B and standing rules for approval or review. Would it be helpful for the unit or district? Sure! Constitution & Bylaws are complicated. However, because units are independent affiliates, doing so would be an overreach of department authority, and it runs the risk of assuming liability for the unit.

Let’s take a look at the relationship between the levels of the organization. Units should have their own governing documents, elect their own officers, and make their decisions independently. Does that mean a unit can do whatever it wants? Well, not exactly. A unit of the ALA cannot declare that its purpose is now to support the red-feathered whistlebird and protect its habitat. The whistlebird is probably very deserving of conservation, but support of veterans and their families is the purpose of the American Legion Auxiliary. So, any change to the purpose in a unit’s governing documents would be null and void.

A department cannot dictate to the unit that all units will have Taco Tuesdays. Or meet on Tuesdays. Or wear only purple shirts. Units are independent affiliates, and their members vote to make those decisions themselves.

The national organization is not the grandparent, the department is not the parent, and the unit is not the child. Think of our relationships in the ALA as what we all are — friends with a common mission — to help our nation’s heroes: its veterans and their families.