The ALA Unit Member of the Year Award recognizes those serving at the unit level who exemplify the values and ideals of the American Legion Auxiliary and whose accomplishments significantly impact the program work in their units. Those award recipients were recognized at the ALA’s 100th National Convention in Phoenix for their accomplishment. 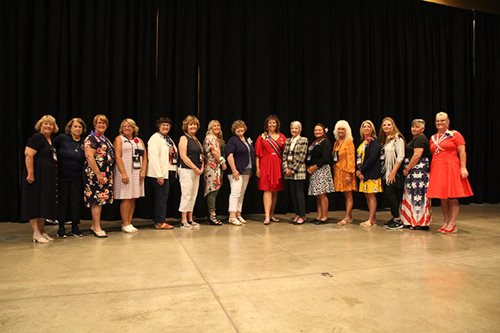 This year’s winners are as follows:

Not all departments submit names to ALA National Headquarters to be considered for this award.

National Headquarters spoke with a couple of the award recipients:

Krogg is eligible for ALA membership through her husband, Robert.

When she found out she was nominated as the Unit Member of the Year for Rhode Island, Krogg said her reaction was pure shock.

“I didn’t even know this was possible,” she said. “I never expected it in a million years. I was totally stunned.”

Krogg said she is typically more of a behind-the-scenes member, so she was just surprised by the nomination.

“I do whatever I can for as long as I can,” she said about her work ethic. “If you need help, I’m right there.”

She helps in the post kitchen a lot with luncheons, funerals, weddings — you name it.

Helping others, but especially veterans, is why Krogg enjoys being an ALA member.

Being nominated for UMOY for Rhode Island is a great honor, she said.

“I was very shocked and never expected it,” she said. “That’s why they nominated me — I don’t work for recognition, and I’m always behind the scenes. Even if I don’t know you, I will help you.”

Pawlik is eligible for membership through her brother, Jim. 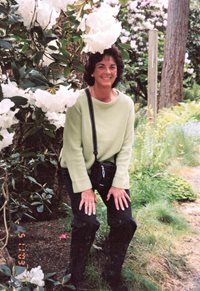 She was nominated for UMOY for her department through Karol Satterfield, Unit 83 president.

“I’ve met some really nice people,” she said of her ALA membership.

Pawlik has written the newsletter for the post/unit for about five years now. They didn’t really have a presence on Facebook, so she created a page.

“Little by little, it has grown,” she said. “It’s a really good source of advertising for our fish fry and other events.”

The page now has around 800 followers.

Pawlik also helps when the unit conducts its cookies for troops activity at Christmas time by baking and getting the word out on that.

Another activity she participated in was with Juniors. The girls camped out at the post, and she did a scavenger hunt with them so they could learn about the Auxiliary while they were having their event.

Like Krogg, Pawlik prefers to work in the background and was surprised by the nomination, but grateful for the recognition as a UMOY.

ALA Unit Member of the Year Award Criteria & Selection Process